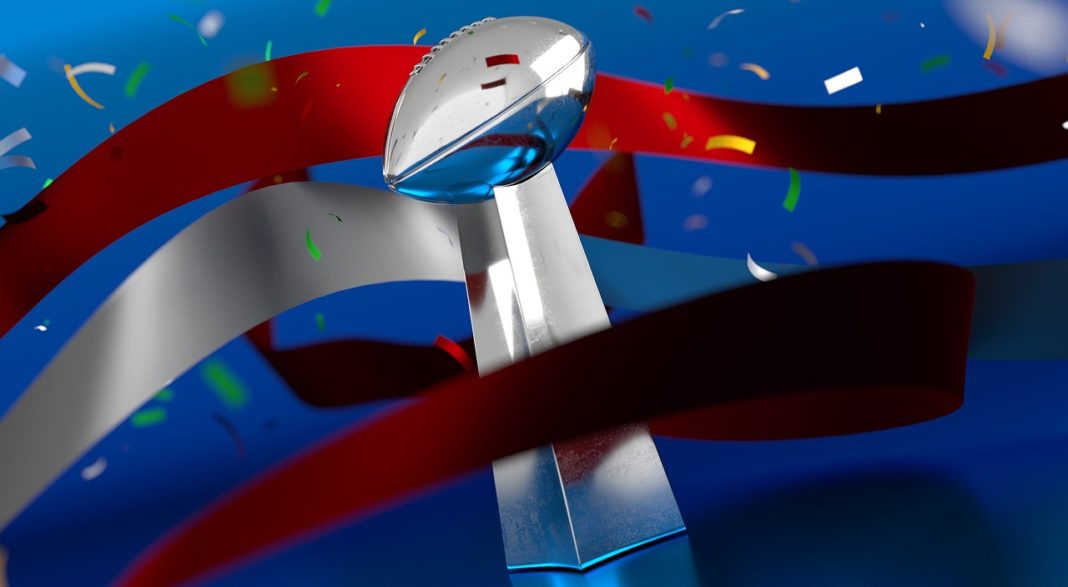 True to form one of the toughest to predict NFL seasons saw the playoff field remain undecided until the final moment of the 256th regular-season game. Washington’s win last week clinched them the NFC Easy division title and saw them join 13 other teams in the expanded NFL postseason.

With the Super Bowl betting odds heating up, now’s the perfect time to look at the main runners and riders and preview this year’s playoffs.

Only two teams of the 14 who have qualified for the postseason – The Kansas City Chiefs & The Green Bay Packers – have a free schedule this weekend after receiving byes. The 12 remaining teams will compete in a six-game wildcard weekend.

The full fixture list for this weekend is as follows:

Who are the Super Bowl Favourites?

Unsurprisingly the two teams who have received byes this weekend are the standout favourites with most bookmakers to lift he Lombardi Trophy. According to most though it is the Kansas City Chiefs who are most likely to claim the Super Bowl crown.

The reason for that expectation is the performances of quarterback Patrick Mahomes this calendar year. The impressive quarterback has by all measures, played better this year than he did in either his MVP year of 2018 or last year when he led his side to glory at Miami Gardens.

This season so far Mahomes has set career highs in yards per game (316) and completion percentage (66.3%) to set an impressive QBR of 82.7. With figures like that, it’s fair to say that no quarterback in the playoffs comes close to matching up Mahomes in terms of output and quality.

One sliver of hope for the other teams in the playoffs is the Chiefs failure to turn their dominance into points thus far this season. Since putting the Jets to the sword in Week 8, the Chiefs have won games at an average of 3.7 points.

A failure to translate their on-field dominance into points could make things tricky for the Chiefs in the playoffs, especially as every game comes with increased external pressure and focus.

The Chiefs are heavy favourites to retain their Super Bowl crown

The Rest of the Field

If everything goes to plan and as it should, Patrick Mahomes and the Kansas City Chiefs will hold aloft the Lombardi Trophy on February 7. Sport isn’t always that simple though, and there are a number of teams looking to put their names in the running.

So, if not the Chiefs then who?

Green Bay Packers: Patrick Mahomes may be regarded as the best quarterback in the NFL this season, but the Packers have their own star in the position who isn’t far off Mahomes.

What’s more is that the Packers seem to have the best quarterback-receiver connection in the game with the relationship between Aaron Rodgers and Davante Adams. For every four runs that Adams makes, he is found by Rodgers for at least one, that’s the highest in the league.

The only thing that makes the Packers second favourites behind the Chiefs is the devastating knee injury to All-Pro left tackle David Bakhitari. How they rally round and overcome that obstacle will determine their postseason success.

Buffalo Bills: After coming up short against the Chiefs in Week 6 the Bills have been in scintillating form, playing arguably the best football in the NFL for a two-month period. One of the standout aspects of that run was the Bills offensive game which saw them score an average of 30.7 points per game.

The spectre of a last season’s chastening playoff defeat to the Texans still hangs heavy on the collective shoulders of the franchise though. To win the Super Bowl the Bills will have to overcome that psychological hit as well as the superb Packers and Chiefs.

New Orleans Saints: How would the Chiefs perform if Mahomes was sidelined for Mahomes? Would they do as well as the Saints have done without Drew Brees and without a superstar waiting in the wings? It’s doubtful.

The Saints form this season has highlighted just how well rounded their team is. Going 8-1 without a recognised quarterback is no mean feat and that achievement shows the Saints have plenty to offer in the postseason.

Finally, everyone loves an underdog story so here are two unlikely teams that just could make an impression on the playoffs if everything falls in their favour.

Washington Football Team: Form and belief are two of the most important factors in professional sport and with a playoff clinching win in the last regular game of the season Washington could have just both.

If they are to go deep in the postseason Chase Young, Montez Sweat and Jonathan Allen will need to maintain their high standards. That said, they are coming into the playoffs with a losing record so victory in February does seem highly unlikely.

Chicago Bears: If you thought backing the Washington Football Team was crazy then you’ll see backing the Bears as straight-up insane. The Bears wouldn’t even be in contention had the postseason not been expanded, but stranger things have happened…

Radhe Gupta
Radhe Gupta is an Indian business blogger. He believes that Content and Social Media Marketing are the strongest forms of marketing nowadays. Radhe also tries different gadgets every now and then to give their reviews online. You can connect with him...