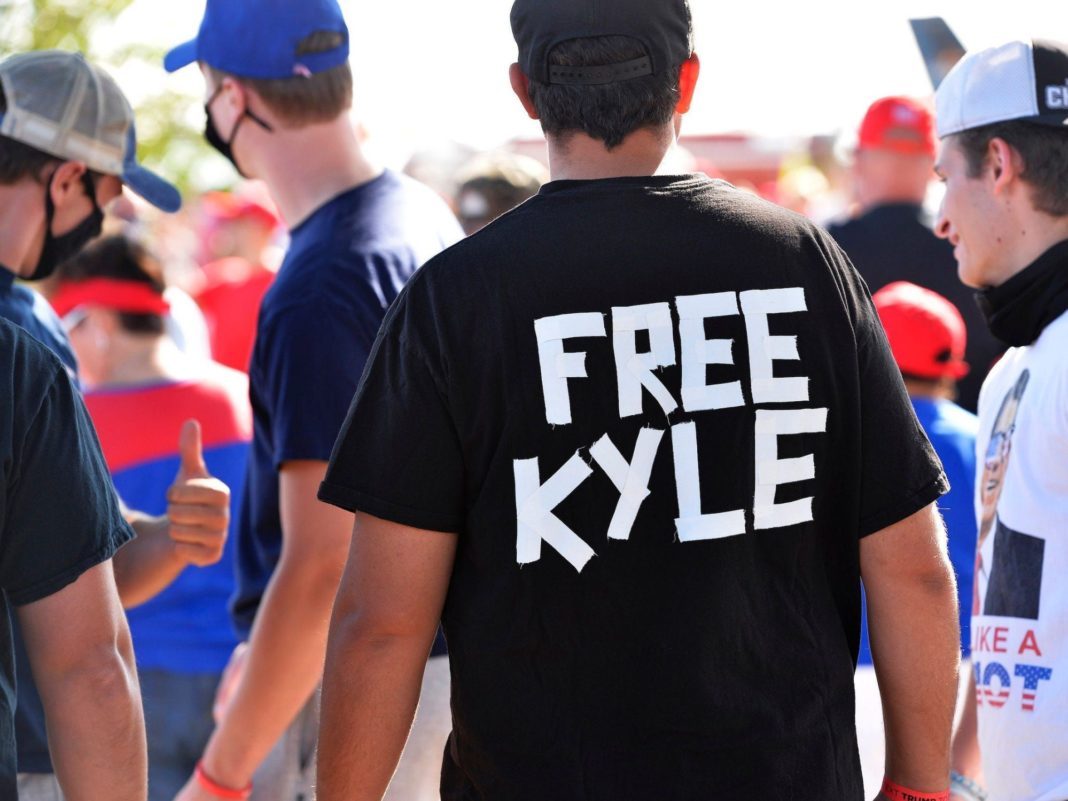 Report- The 18-year-old Kyle Rittenhouse from Illinois who was having a number of criminal charges after allegedly killing multiple people during a racial justice protest in Wisconsin last summer was reportedly seen wearing a t-shirt reading ‘Free as F–k’ while drinking at Badger State Bar last week.

The 18-year-old accused was photographed many times wearing the shirt right shortly after he officially pleaded not guilty during a virtual arraignment last Tuesday.

He was seen at a bar, Pudgy’s Pub in Mount Pleasant located in North of Kenosha, the site of the deadly shooting Rittenhouse is accused of perpetuating, with at least one of his parents, Wendy Rittenhouse.

As per Wisconsin law, those who are 18 and over should be in bars at least with one parent and can consume alcohol. However, the 18-year-old accused appeared to be drinking a Coors Light in the photos.

After the investigation, however, Mount Pleasant Police said Kyle Rittenhouse had not violated any of the conditions for imposing a $2 million bond which was raised from donations from conservative groups. The conditions of his release from jail on bond did not stipulate whether Kyle Rittenhouse was allowed to consume alcohol or not.

Despite being from Antioch, Ill., Rittenhouse is staying in Racine, Wisc., and working with a defense team in the state.

Kyle Rittenhouse who turned 18 this week has been charged with five counts of criminal charges including two homicide charges and one for attempted homicide for shooting three men and killing two during the protests held last August against Kenosha police for allegedly shooting Jacob Blake.