Dallas cops appreciates the efforts of the bystanders for saving a man’s life in car crash. Dallas police is praising their citizens for helping the officials in saving a life of the man who was trapped while unconscious inside a burning car.

An emergency call was answered by the police on September 19 regarding 6-vehicle crash leading to fire in one of the vehicles.

3 officers, namely Israel Banales, Jonathan Martinez, as well as Jonathan Calder after arriving at the scene found a car drowned in flames.

The officers rushed towards the burning car. There was a man inside the car lying unconscious.

The video footage captured in the body camera depicted a harrowing rescue.

Calder in his statement admitted that the car was dripping as well as melting on him after he entered the vehicle to rescue the driver. But because of the stuck seatbel and excessive smoke and heat Calder was forced out of the car.

The officers then smashed the car window while the bystanders poured water in the vehicle.

Another bystander helped in cutting off the seatbelt to pull the man out of the car.

The man had already suffered major burn injuries and he was immediately taken to a local hospital. No updates on his condition is available yet.

In the meanwhile, Martinez said, “Three officers alone pulling on this guy wouldn’t have made it.” He further added, “It was the combination of the citizens putting their lives on the line, getting closer to that car, helping pull the gentleman out of the car, using water, using resources that they had.”

While Calder said that, “Without the citizens of Dallas, we wouldn’t have been able to successfully save him. So I thank them for that.”

The officials are still investigating the cause of crash. 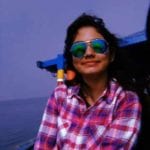