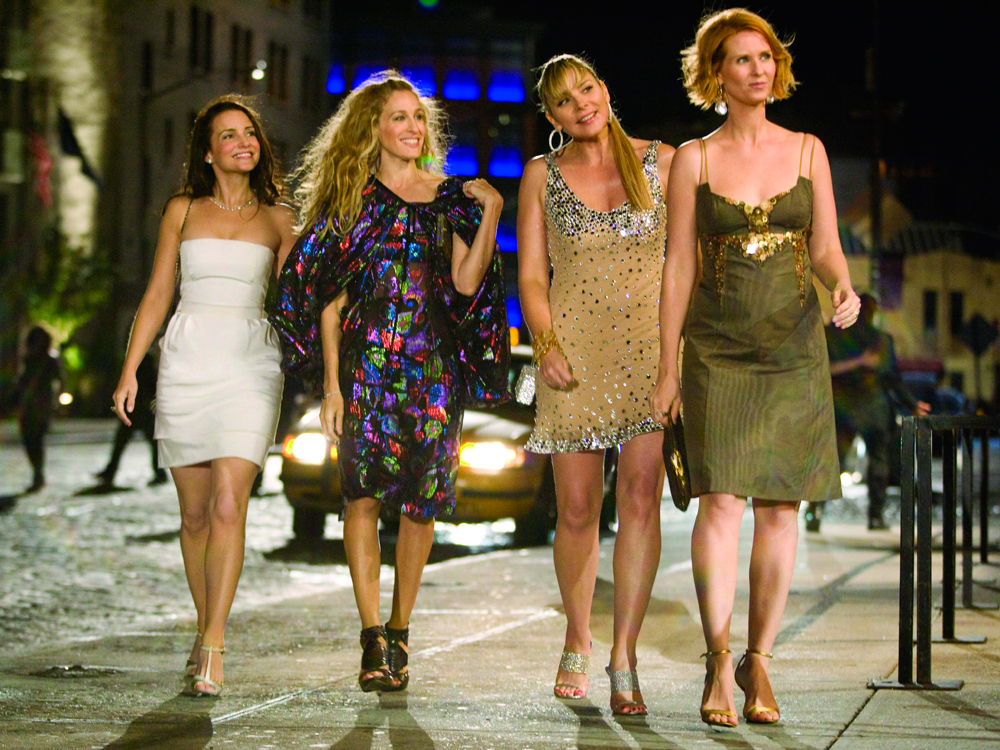 Carrie Bradshaw’s (Parker) ballerina-inspired tulle skirt during the opening of the film is an amazing look and it was lived so much by the actress that she even wore a green version if the dress later on in the show.

Carrie’s character wore a neck piece that had her name as the locked which looked so uber cool that it became a trend among women and looks gorgeous on anyone.

From polka dots and seersucker stripes to florals and gingham, Charlotte (Davis) never met a preppy print or pattern she didn’t love — particularly when paired with something pink.

Samantha’s Fendi top looked racey and rock and appeared particularly sexy on her. Carrie’s flower accessories were also among the statement pieces in the movie.

Their LBD’s became so famous that women started wearing them more often along with Carrie’s fur coat to make an amazing look combined together.