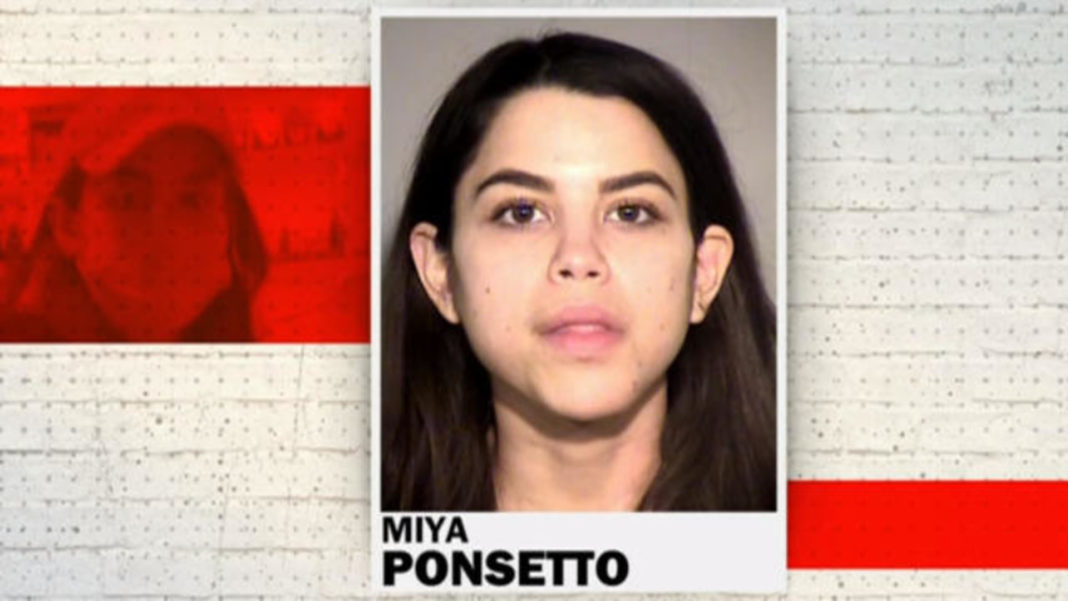 Footage of a California woman’s DUI arrest in October has surfaced days after she was taken into custody for assaulting a 14-year-old boy she falsely accused of stealing her phone at a New York Hotel.

TMZ obtained a video that apparently shows Miya Ponsetto, 22, fighting Ventura County police as they take her into custody at a gas station. The arrest reportedly occurred after Ponsetto and her mother pulled to the side of a road and started arguing.

A witness told the tabloid that they asked Ponsetto if she needed help, leading her to get back into her car and drive off. The witness reportedly called the police and continues to follow Ponsetto as she was driving recklessly. She eventually stopped at a gas station, where the ordeal unfolded.

In the video, Ponsetto is heard demanding to see a warrant before an officer places her under arrest. Ponsetto’s mother is overheard telling officers to stop and that she did not anything wrong. An officer pushes the mother away when she appears to be interfering with Ponsetto’s arrest.

TMZ reported that Ponsetto’s blood-alcohol level was 14 nearly twice the legal limit. Five days before the filmed incident, Ponsetto was placed on probation for a May 28 DUI arrest in Los Angeles.

The New York Post reported that last February, Ponsetto and her mother were charged with public intoxication and battery for an incident at a Beverly Hills hotel. A court hearing in regard to that case is scheduled for this month. Ponsetto was charged with attempted robbery, attempted assault, endangering the welfare of a child, and grand larceny for a December 26 assault at a hotel in New York City. Ponsetto is accused of tackling the 14-year-old son of jazz trumpeter Keyon Harrold after falsely accusing the teen of stealing her iPhone.

Ponsetto allegedly snatch the teen’s phone from him and prevented Harrold and his son from leaving the lobby. Meanwhile, Ponsetto reportedly left her phone in an Uber; the driver returned it minutes after the reported assault.

TMZ reported that Ponsetto is back in California following her extradition to New York. She may face additional charges of resisting arrest in connection with last week’s arrest.