Microsoft In Buzz To Buy TikTok

As U.S. President Donald Trump plans on curtailing the app, it has been reported that Microsoft is looking for acquiring TikTok’s business in the U.S.

It would benefit the software company in outreaching as a social-media service and eliminating reasons for Trump administration to cancel the app in the U.S.

The Trump administration has been weighing whether to direct China-based ByteDance Ltd. to divest its stake in TikTok’s U.S. operations, according to several people familiar with the issue. The U.S. like India which has banned the app is now speculating risk to national security due to the Chinese company’s ownership of the popular video-sharing app.

Microsoft’s interest in the app was reported by Fox Business Network but the spokespeople of both TikTok and the software company declined to comment on the matter.

On Friday, Trump told the media that “we are looking at TikTok. We may be banning TikTok,” and expressed their intentions on finding alternatives to the video-sharing app.

But the decision was put on hold pending further review by Trump.

ByteDance, a Chinese multinational internet technology company bought Musical.ly Inc. in 2017 and merged it with TikTok which has been a hit in many countries including the U.S.

TikTok has repeatedly rejected accusations that it feeds user data to China or is beholden to Beijing, even though ByteDance is based there

A mighty possibility is potential buyers presenting their interest in buying the app. Facebook Inc., Apple Inc., Amazon.com Inc., and Alphabet Inc. can be one of them.

However, if Microsoft intends to purchase TikTok. The company has been into social-media investments before but hasn’t come up with any popular service.

The software company’s 2014 Minecraft purchase can be considered a smart move as it had an already existing vast fanbase.

“Hundreds of millions of people come to TikTok for entertainment and connection, including our community of creators and artists who are building livelihoods from the platform,” a TikTok spokeswoman said Friday.

“We’re motivated by their passion and creativity, and committed to protecting their privacy and safety as we continue working to bring joy to families and meaningful careers to those who create on our platform.”

U.S. Senators Josh Hawley, a Missouri Republican, and Richard Blumenthal, a Connecticut Democrat demanded the Justice Department on Thursday for an inquiry concerning any violation of America’s constitutional rights by sharing users’ information with the Chinese government. 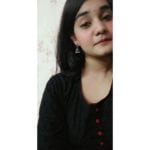 Ishita
Hey there! This is Ishita. A keen follower of everything that is politics, entertainment, and trending. An avid reader with an eternal love for writing, literature, cafés, and a latte. Procrastinator by day, binge-watcher by night. Do check out my write-ups.