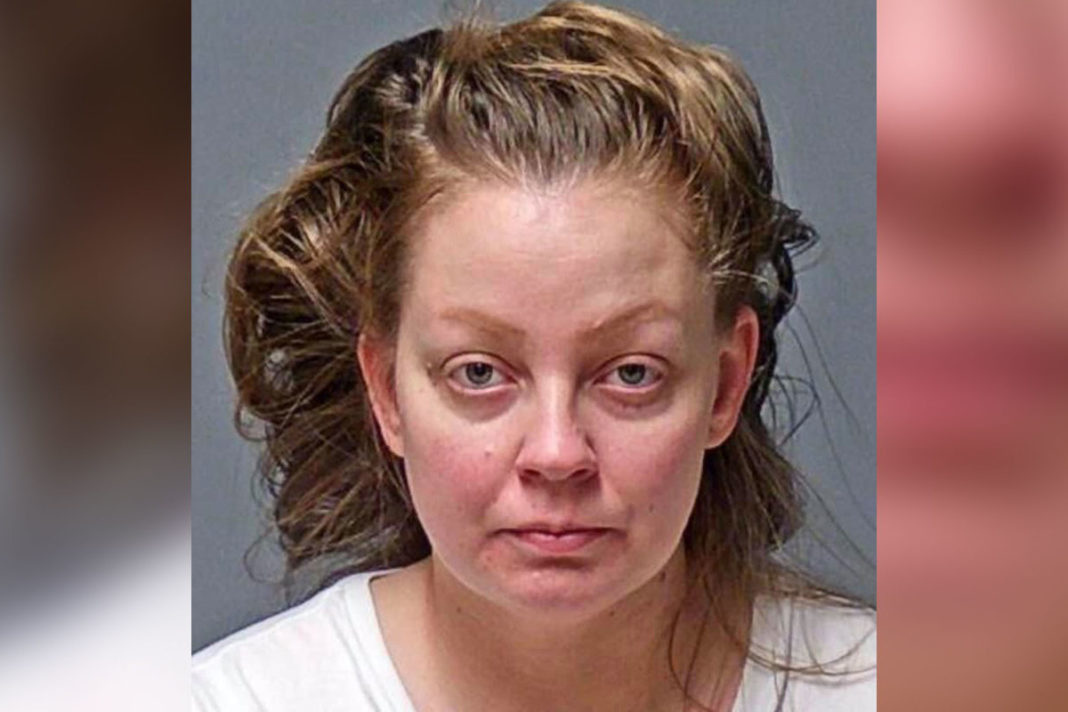 A New Hampshire woman behind bars for allegedly endangering her children apparently faced the same charges years earlier when her newborn passed away.

Patch reports that Stephanie Goddu, 34, was arrested Wednesday for endangerment of the welfare of a child and resisting arrest According to police, Goddu didn’t cooperate and initially blockaded herself in her home.

“She initially refused to comply and barricaded herself in her apartment,” a report stated. “After a short time, Goddu did come out and was taken into custody.”

The alleged incident started Wednesday when police received a call that Goddu failed to pick up her two children from daycare.

“Employees could not make contact with Goddu. Police were told that Goddu also had a three-month-old infant,” Manchester police spokesperson, Heather Hamel, said.

Police arrived at Goddu’s home and found her “incoherent and disoriented.” An infant in the home was reportedly covered in urine and seated close to a heater.

“The baby was found to be strapped to an infant carrier seat, and was wearing extremely warm clothing and a blanket,” Hamel said.

Authorities later learned that Goddu sent her 3-year-old daughter to daycare alone, via a Lyft driver.

“The child arrived safely, but was alone in the vehicle,” the department said.

According to WMUR 9, Goddu, also known as Stephanie Camelo, was previously arrested after authorities found her infant daughter dead inside her home in October 2015. Police said Goddu left the baby in the care of her 8-year-old daughter when the incident happened.

Court documents reportedly stated that Goddu’s 8-year-old was made to watch the newborn numerous times, and was expected to feed her, change her diaper, and care for the baby overnight.

According to the Union Leader, Goddu drank Coors beer all night while her child took care of the infant. She was also accused of “excessive drinking” that once caused her to trip and fall with the baby in her arms, resulting in injuries on the baby.

“As you’re aware from the affidavit, it appears she failed to provide duty of care for her minor children. This is a significant neglect to involve excessive drinking and tripping with an infant in her arms, causing injury,” Manchester police prosecutor Carrissa Pelletier previously said.

The baby, identified as Eleoaine Sanchez, died inside Goddu’s bedroom at 341 Kimball Street. Authorities found the baby in a car seat; her body had started to stiffen. Goddu was found in the bathroom drooling, with dilated pupils, and unable to talk coherently.

The 8-year-old told authorities that she didn’t think her mother liked the baby, adding that she witnessed a time when Goddu put a blanket over the baby’s head.

Although Goddu was never charged with the death of her baby, she was charged with reckless conduct and two counts of child endangerment.

“We always follow the evidence. If we have a report that showed felonious behavior, we’d have felonies. If you don’t, you don’t,” Hillsborough County prosecutor, Dennis Hogan, said.