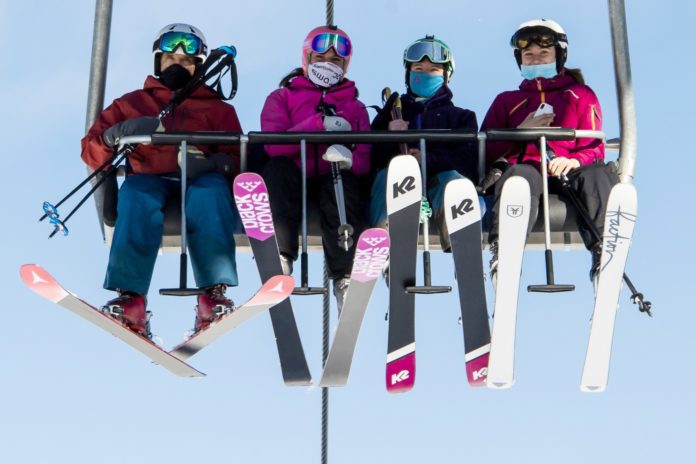 It could turn out to be a really slippery slope.

German police have their hands full trying to keep ski buffs off the slopes of a popular winter spot that is supposed to be shut to halt the spread of the coronavirus, according to reports.

Authorities said thousands of daytrippers have flocked to the Winterberg resort near Duesseldorf in recent days, despite attempts by police to close off access roads to keep them out, The Telegraph said in a report.

“Yesterday, there were again repeated violations of the coronavirus restrictions and the requirement to wear face masks,” police spokesman Sebastian Held told the outlet.

“This has led the town to ban people from entering some of the ski slopes,” he said.

But despite 176 violations issued for not wearing masks, 94 violations of social distancing restrictions, and two criminal charges in recent days, police appear to be unable to stop the avalanche of visitors to the slopes.

Footage posted by Reuters shows cops’ futility as they try to shoo scores of people off of Winterberg’s trails — including families with children.

“Unfortunately we saw again today that the announced ban to access the ski slopes did not stop too many people from coming here anyway,” Held told the news service.

“That’s why we had to close the access roads here in consultation with the town, Held said. “This means that we have consistently closed the main access roads leading to Winterberg in order to prevent the ski slopes form filling up again.”

Winterberg’s trails, however, are made up of thousands of square miles of slopes, he noted.