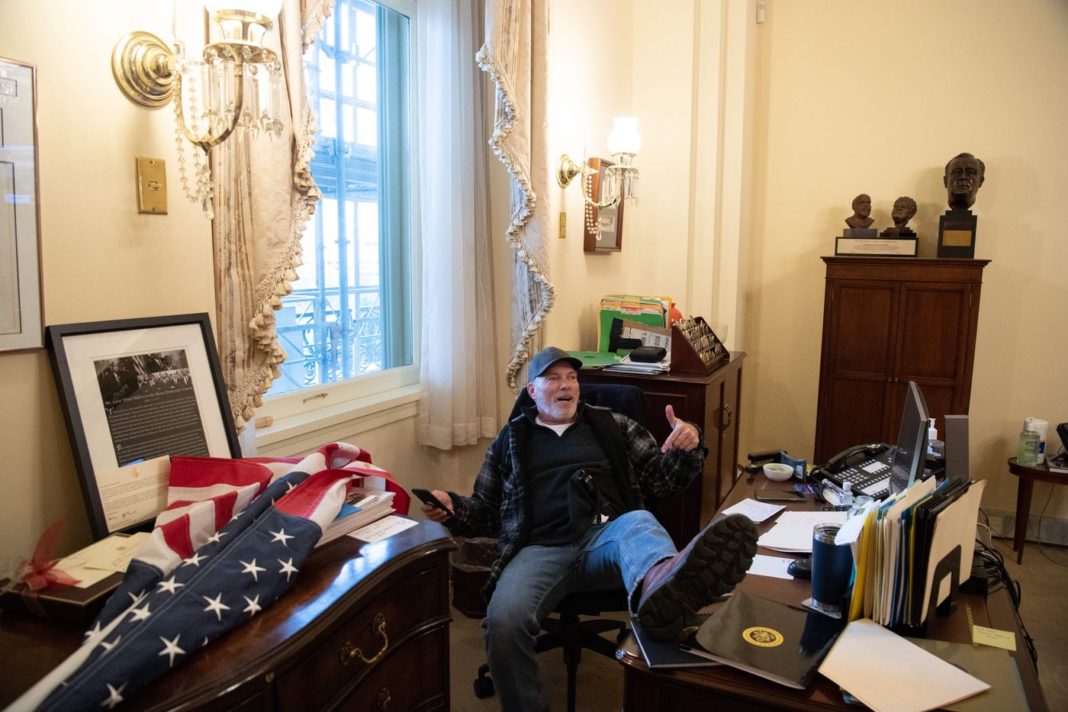 The Arkansas man who broke into House Speaker Nancy Pelosi’s office, posed for pictures, and stole mail from her desk during a pro-Trump riot at the US Capitol was arrested on Friday.

The FBI field office in Little Rock confirmed that Richard “Bigo” Barnett, 60, surrendered to authorities in Arkansas on federal charges around 10 am. He was charged with entering a restricted building, violent entry and disorderly conduct on Capitol grounds and stealing public property. He faces up to one year in prison.

Barnett was booked into the Washington County Jail at 12:49 pm. He will ultimately be extradited to Washington, D.C.

Barnett is from Gravette, a small city in northwest Arkansas. Kurt Maddox, the mayor of Gravette, said the city has received threats against police officers and residents since Barnett was photographed at the riot.