The American TV network, HBO, has consistently put out some of the most mesmerising TV shows around for ages now. Just some of their incredible portfolio throughout the years include; The Sopranos, which was an in-depth look at the New Jersey Mafia; The Wire, which showcased the failings of the war on drugs in inner-city Baltimore; and then Game of Thrones, which somehow managed to make fantasy one of the coolest genres going. Although they don’t always get it 100% right, as recently HBO has cancelled the first Game of Thrones spinoff, despite spending over $30 million on the pilot.

Their current big hitter series that has been getting massive attention by ecstatic audiences is Succession.  It’s not just viewers who are enjoying all the business laced drama though, as the show has also been heralded by critics, and its cast and creators have won multiple gongs at many of the largest award shows around. The show debuted on June 3rd 2018, and since then has gone on to air for 3 completely captivating seasons, with the most recent ending in December 2021.

Ever since the final credits rolled on the last episode of season 3, legions of die-hard Succession fans have been making noise on the internet, fervently trying to acquire every bit of possible information available, to try and find out when the next season is due to be released. So, to try and soothe these supporters of the show, let’s discuss everything we know about Succession season 4.

Has It Started Filming?

The first news that emerged about season 4 came back on 26th October 2021, when HBO’s parent company, WarnerMedia, announced that they were definitely ordering another season. They actually confirmed this in a press release that came out just after the season 3 premiere, meaning that they obviously had complete confidence in how well the show would do. Which was totally justified, because season 3 was easily the most popular season yet.

However, what every single Succession fan wants to know is, has the new season even started filming yet? Well, the good news is that filming actually began earlier this month, at the beginning of July 2022. Yes, we can one-hundred percent confirm that filming is now underway, and the reason that we can do this is because there have actually been numerous sightings of the production being shot on the New York streets.

Excitingly, if you live in the Big Apple, then you could even appear in the next season. This is because the producers have put out a casting call for extras, by saying that they’re calling all New Yorkers, Succession needs you on set for its next season.

When Will It Actually Air?

Now, the question of when season 4 will actually air, is currently a much tougher question to answer, as nothing has been officially confirmed yet. However, we can use our quality sleuthing skills to try and make an educated guess. Let’s ignore season 3, because that encountered filming complications, so instead let’s look at season 2.

Thus, if we go by the duration of time that came between when season 2 began filming, which was reported as starting in March 2019, and when its first episode aired, which was in mid-August of that same year, then we can see it’s only a five-month turnaround. That amazingly means that we could see a brand new episode premiere as soon as December 2022, or just after in the beginning of next year.

Season 3 ended on the hammer-blow of Kendall, Roman and Shiv trying to overthrow their father’s media mass-empire, and them being totally outclassed by Logan himself. With the Roy family now being in such disarray, will this finally be the moment that Logan cuts off all his kids from the WayStar funds? That would mean that they’ll have to try and forge their own living, and their days of eating out at expensive restaurants, splashing the cash on luxurious items, and visiting exclusive casinos, could well be over. If they still wanted to gamble though, they wouldn’t have to visit luxury casinos, and they don’t have to have a hefty bank balance, as they could just visit Vegas Slots Online. Their incredible site has all the top no deposit bonus casino sites available, meaning that players don’t even need to put down cash to claim these generous gifts. Plus, because users are then not putting up their own money to play their favourite online casino games, this means there’s low risk attached, allowing for all the thrills of gambling, with less of the financial headaches. 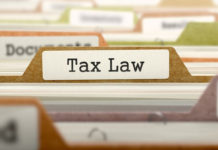