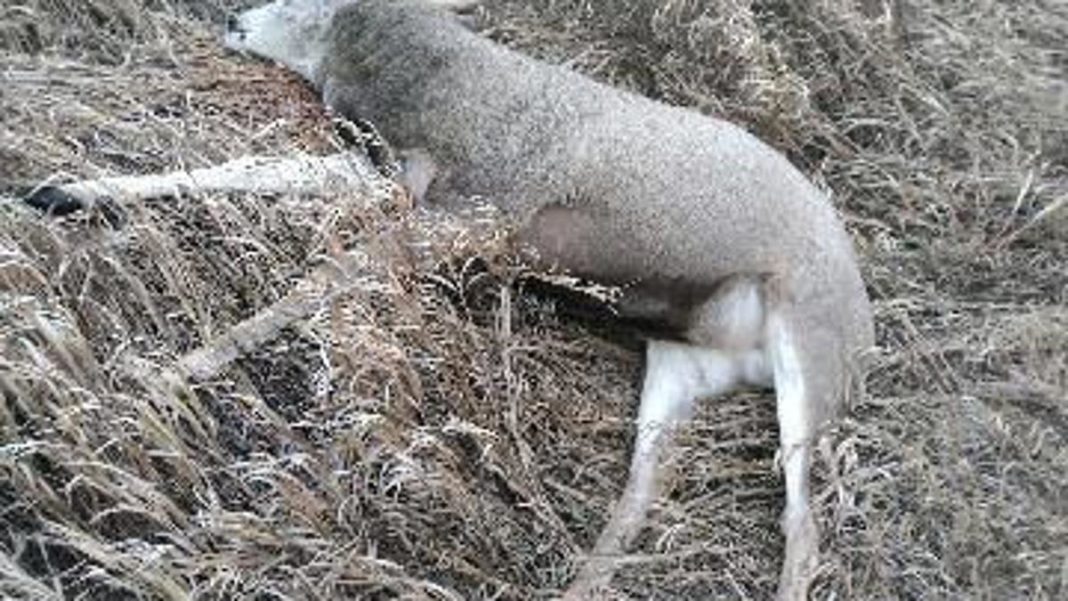 Three men suspected of poaching deer attacked a Florida wildlife officer with an all-terrain vehicle as he was investigating reports of illegal night hunting, authorities said.

The Florida Fish and Wildlife Conservation Commission officer — who was not identified by Polk County officials — was looking into the reports late Saturday at the private River Ranch Hunt Club when he saw someone shining a spotlight and heard a gunshot, Sheriff Grady Judd told reporters at a press conference Sunday.

The wildlife officer got out of his truck to check out what he heard and came upon three suspects in two ATVs, the Tampa Bay Times reported.

The officer seized possession of a shotgun and hunting rifle.

But while the wildlife officer was securing the weapons, two of the suspected poachers jumped on him and assaulted him. A third man then ran into the officer as he fled on one of the all-terrain vehicles, authorities said.

“He defended himself as best he could and it as three against one,” Young told reporters of the wildlife officer.

The injured officer managed to get back to his truck to call for help, but he was in an area so isolated that it took rescuers some two hours to reach him. The unidentified man was treated at a hospital and released Sunday, the Tampa Bay Times reported.

Up to 100 law enforcement officers responded in the search for the officer and the three suspects. Investigators ultimately found an ATV submerged in water and a cellphone, leading them to get a search warrant and trace the device to a nearby camper in the area, Judd said.

Two suspects were later arrested at the campsite, authorities said. Judd identified them as 45-year-old Michael Amalfi and 44-year-old Lazaro Manuel Milian, who was on probation for grand theft, WTSP reported.

“They left him an hour deep in these woods and they didn’t care whether he survived or not,” Judd said at the press conference.

Both men are from Miami, WFTS reported.

A third suspect, Rodrigo Alberto Mato LaRosa, managed to get away, but was taken into custody late Sunday in Hialeah, Polk County sheriff officials said early Monday. All three are facing charges of attempted murder of a law enforcement officer, resisting arrest and related counts.

“We are relieved that the officer is going to be okay, and that all three suspects are now in custody,” sheriff officials said.

A $5,000 reward had been offered for information leading to LaRosa’s arrest.

Om Waghmode
A freelance writer who specializes in writing articles and poems.