PIn an appearance on SiriusXM’s “The Jason Ellis Show”, Teen Wolf star, Tyler Posey reveals about going through “a rough patch” and also talks about being sober for 71 consecutive days at the time of the interview. Posey also reminisced about the drug-laden sex parties he’s attended, both pre- and post-sobriety.

“I kind of fell out with everybody that I loved that I know. But now … I love myself for the first time in forever. Things are really, really, really good. It’s really cool. I don’t smoke weed. I don’t drink, I don’t drug, I don’t doanything,” the actor says.

In a way of explaining his sobriety, the star goes on describing a recent party that he attended, saying, “they had a table of cocaine, just a table. And they had Holy water, which was shots with Molly in it, and mushroom chocolate. And I didn’t give a sh*t at all.”

“People were hired to perform [at the party],” Posey elaborated. “None of the people that I saw that attended, that were like guests, had sex, but I have been to other sex parties … I wasn’t part of the people who worked there, but I was, I was, uh, I was, I was doing it. But this was when I was kind of abusing stuff and myself.”

Posey has been frankly open about his mental health all throughout and has always been an advocate for mental health. He also mentioned that everyone should try therapy which he did back in 2014 after the death of his mother and the breaking off of his engagement. 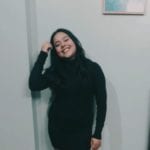